Replica of 1859 building comes to life in Hingham 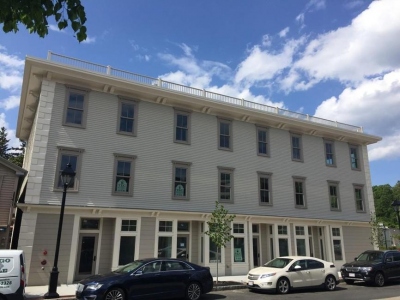 The owner of the newly constructed Lincoln Building in Hingham Square said that as of late August, all but one of its six apartments are rented, as are four out of fivefirst-floor commercial spaces.

The three-story building occupies almost an entire block of the downtown business area along South Street.

The original structure, described in historical papers as “the most important 19th-century commercial structure in Hingham Square,’’ was razed after its roof collapsed during the big snows of the winter of 2015.

About the Author: Hingham Downtown Association